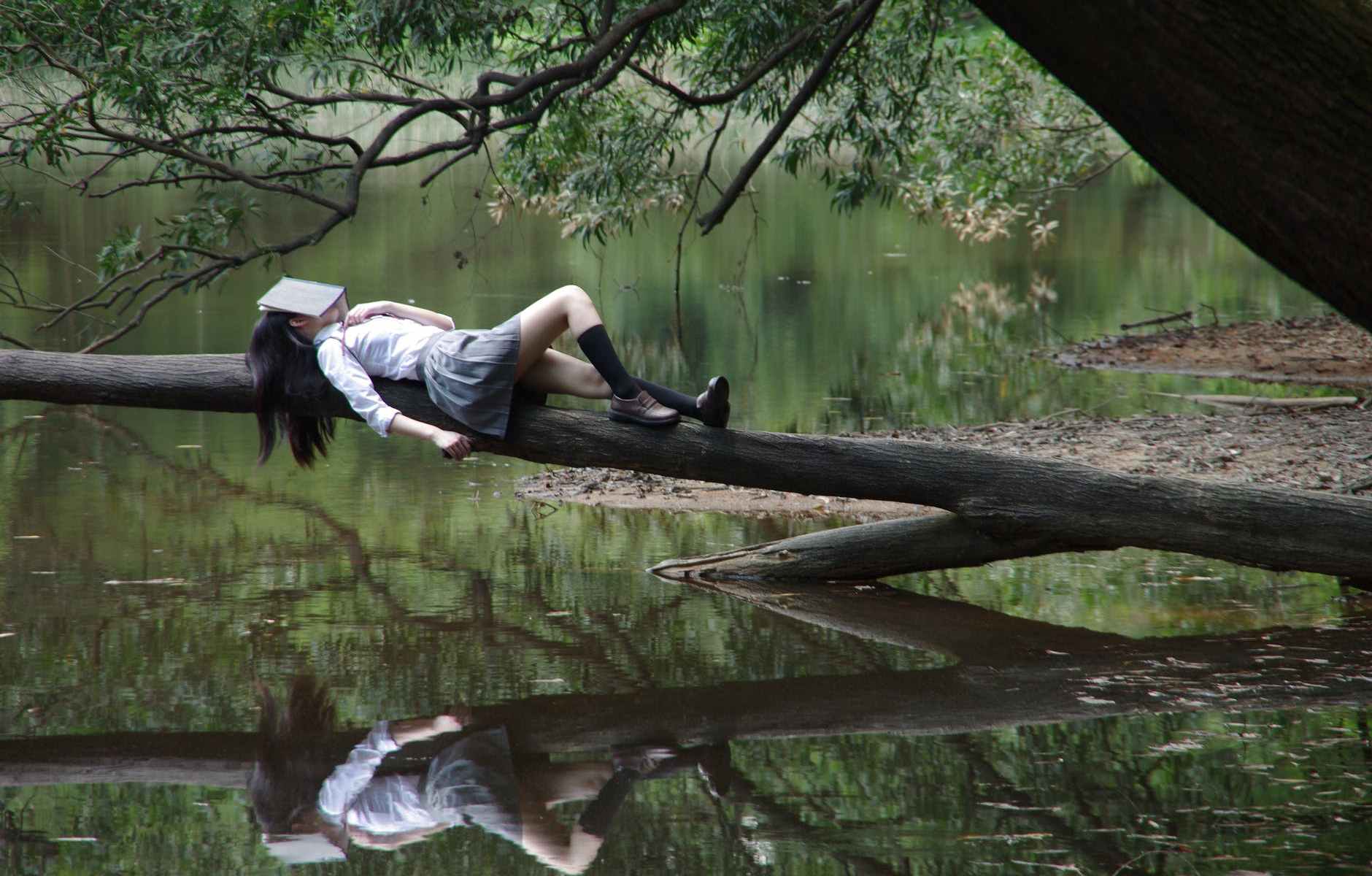 Scientists have long known that the brain is electric. It is composed of approximately 100 billion neurons that create, send and receive information in the form of electrical signals. Your emotions, for example, are electrochemical signals that are passed between brain cells and throughout the body.

Your brain produces different patterns of electrical activity or brain waves which have effects on how your brain functions all day long. In this article, you will get some idea on what brain waves are, especially what the alpha state is, and how your brain can benefit from it.

What are Brain Waves?

Human thoughts, emotions and behaviours are controlled by the way neurons in the brain communicate with each other. The communication between neurons creates electrical pulses, producing brainwaves.

Brain waves are measured in Hertz or cycles per second. There are different types of brain waves ranging from gamma, beta, alpha, theta to delta. They occur at various frequencies depending upon your current brain states. Each type of brain waves has a powerful effect on how you feel and function.

In a nutshell, gamma waves are the fastest and the most subtle of all frequencies. It is associated with higher brain functions and cognitive abilities. Delta waves are the slowest and found in deepest meditation and dreamless sleep. When in beta state, the brain is alert and engaged with daily activities. Most people are in the beta state most of the day.

However, in this article I will only focus on alpha brain waves which are the resting, yet extremely powerful, learning states for the brain.

What are Alpha Brain Waves?

Young children aged from five to eight years old are mostly in the alpha state. Alpha brain waves are considered great for learning and creativity. That’s why children are highly creative and learn extraordinarily fast during these years.

Young children aged from five to eight years old are mostly in the alpha state. That’s why they are highly creative and learned extraordinarily fast during these years.

The Benefits of Alpha Brain Waves

You know that when your mind is in a calmer and more flowing state, great ideas come easily. When you are relaxed and not under stress, you make better decisions.

Alpha brain waves help us to easily absorb new knowledge. Think about children in the early years who can learn fast and effortlessly. Their absorbent brains are like sponges, actively taking in everything around them. The same is true with adult brains in the alpha state. Alpha brain waves have been studied and confirmed by numerous researchers, including neuroscientists, to increase the brain power with great outcomes.

With regular training, your brain can produce more alpha brain waves or enter the alpha state at any time.

How to Induce the Alpha State

Many people get their best ideas in the shower and you may have experienced that yourself too. It is not because of the cleanliness of the body, but the state of mind.

Alpha brain waves are present when the brain is in a relaxed and unfocused state where unconscious creative mental pathways are connected.  With that, you are connecting knowledge and learning new information effortlessly.

If you don’t want to shower every time you need a ‘little eureka’ effect, here are some simple techniques you can do and, ideally, incorporate them into your day.

When you meditate, electrical activities in your brain change.

For many people, meditation is more than a spiritual practice. Its benefits go beyond lowering stress and blood pressure levels. When you meditate, electrical activities in your brain change. A number of studies have shown that meditation, when done correctly, slows brain waves down to the alpha state which are mostly dominant at the beginning of meditation.

Nowadays you may see alpha brain waves music under different names such as music for studying, happy music or music for relaxation. Binaural beat music is also another common name. It is one of my favourite techniques to help me get into a flow state, focus and learn fast.

The music should be created with a certain beat and frequency so it stimulates alpha waves in your brain. You can read more about binaural beat music and its benefits here.

At its core, you are not becoming more productive and learning well from just listening to the happy music. Instead, the specific element in the music sends you to the alpha state which can subsequently change how you feel or function.

L-theanine is an amino acid naturally found exclusively in tea. It is known for centuries that tea has calming effects which come from the leaves of the plant Camellia sinensis. Since ancient times, people drink tea to help them unwind, lower stress levels and even meditate.

L-theanine has direct effects on brain chemistry. According to a study by a team a Swinburne University of Technology, Australia, L-theanine helps improve memory, focus and speed of the brain when consumed with caffeine.

Another clinical trial on L-theanine consumption among 100 people also found that it could temporarily increase the production of alpha brain waves in the brain. It is obvious that L-theanine has great effects on our mental alertness. Not only does it help ease stress-related cognitive decline, it also enhances brain function and boosts the alpha state of the mind.

In brief, when the brain is working in the alpha frequencies, it absorbs information more easily and becomes more creative. It is a desirable brain state for your enhanced cognitive function and learning experience.

There are many other techniques you can do to increase the alpha state. Some may require extra time and preparation. However, these are just simple techniques that I use myself every day and swear by. You can make it either part of your morning routine or night ritual to prepare yourself for the best state of mind whether you seek relaxing, focusing or learning new knowledge.

All rights reserved. Used by Permission of Gamma High IQ Society and DeepGamma.